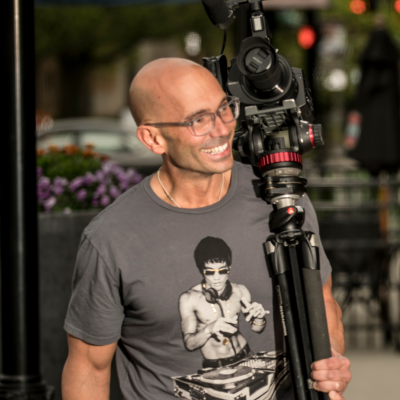 Todd Volkmer’s artistic practice is hard to pin down because it taps the divergent veins of modernism and postmodernism. Like a proper postmodernist, the Ohio-based artist (aka “todd v”) melds his art and life, but he’s also not allergic to modernist pursuits like the exploration of color on a plain, old-fashioned canvas. “I can’t say there’s anything to those works other than my pure love of color and how it can dance on a canvas,” he says.

Todd Volkmer’s artistic practice is hard to pin down because it taps the divergent veins of modernism and postmodernism. Like a proper postmodernist, the Ohio-based artist (aka “todd v”) melds his art and life, but he’s also not allergic to modernist pursuits like the exploration of color on a plain, old-fashioned canvas. “I can’t say there’s anything to those works other than my pure love of color and how it can dance on a canvas,” he says.

His staggering stylistic range swings from these Hofmannesque experiments with shape and color to comic-like characters whom author Tom Wolfe might call social x-rays and Masters of the Universe. Todd’s socialites (of both the fluorescent-blonde and blue-hair variety) betray a universal psychological truth: the funny-sad insecurity beneath our pearls and freshly whitened teeth. In a new series of paintings called Martinis, even booze can’t supress the goofy little boy lurking inside a square-jawed suit. “We all take ourselves far too seriously most of the time,” he says. “My figures remind us that the person on the inside, the person we are trying hard to protect, always sneaks to the surface.” Other figurative work, like the portraits of local TV celebrities Todd creates during on-air painting marathons evoke Warhol’s Marilyns and Maos.

Todd isn’t chained to his easel, though. To say that he’s an Internet entrepreneur and website designer, arts reporter and children’s book author, musician and philanthropist—all of which qualifies him as a 21st century Renaissance man—only tells part of the story. In these roles, he becomes a social practice or relational artist whose collaborative art projects depend on the responses of others, primarily Internet users and the occasional observer-turned participant. His projects interrogate our business-as-usual approach to art and life, and teach us how to transform seemingly oppressive social institutions into beneficial resources. Here, the creator-genius of modernist abstractions and Pop art-influenced social commentary becomes the facilitator of postmodern performative events.

Sketch Project 12 (2006) is a year-long project that transforms weekend doodlers into “published” artists. Todd’s antidote to the often impenetrable and always profit-sucking white-cube gallery is iSmudge.com, launched in 2002, where artists create their own a free (or low cost) virtual exhibition space. Earlier this year, ismudge.com merged with TapItFame.com, a California-based website that provides low-cost DIY marketing tools to emerging visual artists, fashion designers, musicians, dancers, comics, and actors. Cleveland Canvas, his monthly e-newsletter, distributes information and ideas that fly under the mainstream media’s radar, and serves as the base of operations for Sketch Project 12 (2006). Bottom line: Social engagement and self-empowerment are always privileged over the creation of an end product—and banking boodle. Todd’s art projects are designed to propel himself and others on the rollercoaster ride toward self-actualization.

Todd has spent his adult life mapping detours around/building bridges across institutional barriers, although his artistic career began like a fairy tale. Three decades ago, he won, at age 6, the first art contest he ever entered. During high school he aced every art class offered at Hudson High, and as a senior won a Gold Key for his piece “The Outcast”, the highest award given by the National Scholastic Art Awards. But soon afterward he encountered one of those institutional barriers that suffocates the spirits of many young artmakers. While a freshman at Kent State University’s prestigious School of Fashion Design, a theory-driven first-year curriculum prohibited him from taking any hands-on art classes. So he dropped out and masterminded his own education.

In his early twenties, Todd was a visual merchandiser for Akron-area Higbee stores, but the economic needs of a growing family required a more lucrative trade. In 1990, he became an insurance salesman at a family-owned business (several todd v paintings comically capture the vicissitudes of this commission-based livelihood) and was later promoted to website developer and online marketing guru. 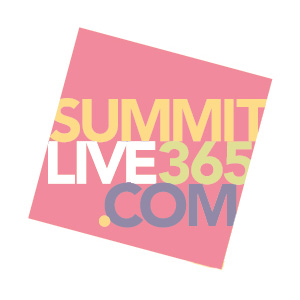 Outdoor Sculpture
ADD IT
Click to bookmark this listing

MORE ABOUT THIS ARTIST 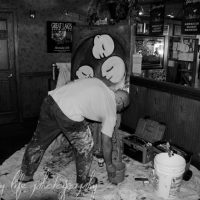 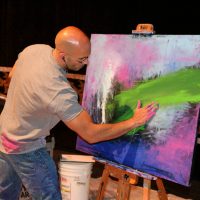 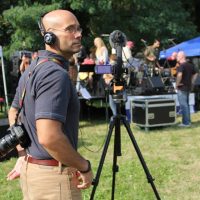