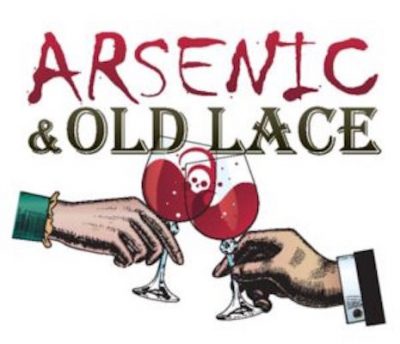 The Hudson Players are a true community theater. Thus all our shows feature volunteer actors and stage personnel. All roles in our productions are always open to auditioners, with no restrictions. For non-musicals scripts are usually available for perusal at the Hudson Library at least two weeks prior. Those auditioning will be asked to read from the script. For musicals, auditioners are asked to have a song prepared and to bring along appropriate sheet musical for the accompanist. Musical auditioners will also be asked to read from the script and in many cases shown a brief movement exercise. Those interested in working backstage, on sets, lights, etc, are encouraged to come to auditions as well and fill out a form letting the producer know their areas of interest. All auditions are held at the Barlow Community Center on Oviatt St in Hudson, typically at 7pm on Sunday and Monday evenings.

Our audition form is available online allowing for completion prior to arrival at auditions.

Abby Brewster
A darling lady in her sixties or early seventies who poisons elderly men, Abby is the sister of Martha and aunt to Teddy, Jonathan, and Mortimer.

Martha Brewster
A sweet elderly woman with Victorian charm who poisons elderly men, Martha is the sister of Abby and an aunt to Teddy, Jonathan, and Mortimer.

Elaine Harper
An attractive girl in her twenties and Mortimer’s fiancée, Elaine is the daughter of the Rev. Dr. Harper. She is surprisingly wise in the ways of the world for a minister’s daughter.

Mortimer Brewster
Nephew of Abby and Martha, Mortimer is a drama critic who is engaged to Elaine. A good-hearted cynic who is about to have his world turned upside down.

Teddy Brewster
Nephew of Abby and Martha Brewster, Teddy is a man in his forties who thinks that he is Theodore Roosevelt.

Officer O’Hara
A police officer, O’Hara is a would-be playwright who pesters Mortimer to read his play.

Jonathan Brewster
Nephew of Abby and Martha Brewster, Jonathan is a psychopath who has numerous murders to his credit and no scruples whatsoever. I bit oversensitive to his “new” appearance.

Dr. Einstein
A plastic surgeon and an alcoholic in his fifties, Dr. Einstein has changed Jonathan’s face three times, with his most recent work resulting in a Boris Karloff resemblance.

The Rev. Dr. Harper
Minister and father of Elaine. A bit pompous and protective, very ministerial in his manner.

Mr. Gibbs/Mr. Witherspoon
A man who wishes to rent a room from the Brewster sisters. The superintendent of Happy Dale Sanitarium

All Hudson Players auditions are open auditions with all roles available. No experience is necessary. For non-musicals please be prepared to read from the script. For musicals please bring sheet music for the accompanist and prepare at least a 16 bar audition song. Musical auditions will also normally include a movement exercise and reading from the script. Please email info@hudsonplayers.com with any questions.