Auditions for Bright Star at The Hudson Players 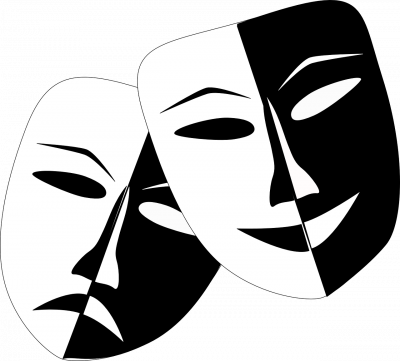 Please prepare 1 cut of a song (32 bars) in the style of the show.
Bring sheet music in the appropriate key (accompanist will be provided).
We will also be doing some reading and singing along with a small movement audition
Bring a headshot and resume if you have them.
Please bring a list of conflict dates you may have during the rehearsal period. No conflicts will be accepted for any performance dates or during tech week.
Hudson does not offer union contracts and all performers are volunteers.

Inspired by a true story and featuring the Tony®-nominated score by Steve Martin and Edie Brickell, Broadway’s BRIGHT STAR tells a sweeping tale of love and redemption set against the rich backdrop of the American South in the 1920s and ’40s. When literary editor Alice Murphy meets a young soldier just home from World War II, he awakens her longing for the child she once lost. Haunted by their unique connection, Alice sets out on a journey to understand her past—and what she finds has the power to transform both of their lives. With beautiful melodies and powerfully moving characters, the story unfolds as a rich tapestry of deep emotion. An uplifting theatrical journey that holds you tightly in its grasp, BRIGHT STAR is as refreshingly genuine as it is daringly hopeful. THIS IS THE ALL AGES REGIONAL PREMIERE.

Casting Requirements-Looking for a cast of 20, ages 16 and up.
4 female and 6 male principal roles, Ensemble of 10 (7 features)

Alice Murphy –An editor of a southern literary magazine; intelligent, attractive, professional – but with an air of melancholy. Young Alice is rebellious, high-spirited, adventurous – looking to break out of small-town life and experience the world. She must be very strong singer and comfortable in folk and bluegrass styles.
Gender-Female
Age- 16-17, 36-37 (One actress plays both ages)
Voice Part- Mezzo

Daryl Ames – An assistant at a literary magazine. Funny, with a dry and officious sense of humor. Insecure, and perhaps a bit socially awkward, but endearing and innately likeable. Character has slight flamboyant tendencies.
Gender- Male
Age-25-40
Voice Part- Baritone

Lucy Grant – A junior editor at a literary magazine. An ambitious, professional young “modern” career woman of the 1940’s. Strong, forthright and provocative with a sharp sense of humor. Confident and assured of her own sexual prowess. Must be a strong dancer.
Gender- Female
Age-24-20
Voice Part-Mezzo

Mayor Josiah Dobbs – the Mayor of Zebulon; a political and financial powerbroker – distinguished, an imposing and controlling presence; has a genuine interest in protecting his son’s future and his family name, but in doing so, is ultimately pushed to a point of extreme and irrevocable cruelty.
Gender- Male
Age-40-60
Voice Part- Baritone

Jimmy Ray Dobbs – In his early 20s in flashbacks is Mayor Dobbs’ son and young Alice’s beau; handsome, boyishly charming, well-built and intelligent; from a family of wealth and power and is being groomed by his father for a similar future in the family business; an independent thinker who is not afraid to stand up to his father for what he believes in; he has a sense of personal responsibility and morality as well as a deep reserve of passion and emotion. The same actor will also play an adult Jimmy Ray..
Gender- Male
Age-18-20, 38-40 (One actor plays both ages)
Voice Part-Tenor

Ensemble– This is a very Active Ensemble, Looking for 10 performers (6 women, 4 males.) There is spoken and sung features throughout the show, Do not expect to be off stage much or at all if you are cast in this show. Looking for Ages 16 and up for this ensemble.