AUDITIONS: "Merrily We Roll Along" at Lakeland Theatre (Paid) 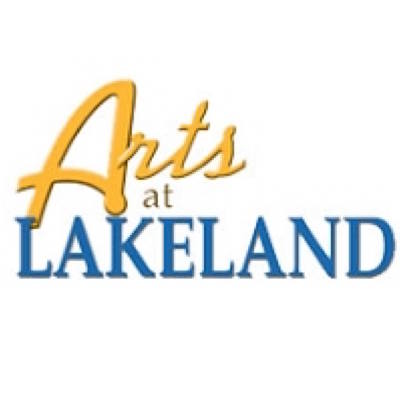 The Play
Merrily We Roll Along, written in 1981, is based on a 1934 play by George S. Kaufman and Moss Hart. The musical (with a book by George Furth) was first produced in November of 1981, where it ran for 17 performances. Not very successful eh? It tells of the disintegration of the friendship of successful songwriter Franklin Shepard, his lyricist and best friend Charlie Kringas, and novelist Mary Flynn. The action moves backward through time, from 1976 to 1957.

This is one of Stephen Sondheim’s most accessible and difficult scores. It is most certainly about friendship and its importance in the lives of three people. This show has great personal meaning to me. And while the book is problematic; I am confident that our production team and the actors that are cast can overcome this. This is one great play.

And the roles; did I mention the roles? Each one of these six folks are wonderful roles with fully realized characterizations and motivations. It will take special actors/singers to breathe life into these people.

Audition Information
Auditions will be held on Monday and Tuesday, October 23 and 24 at Lakeland Community College in Building D at 7:15pm. Specific locations will be posted in the building.

NO APPOINTMENTS ARE NECESSARY. Please: One 32 bar cut in the style of the show. A Sondheim piece is preferred. A strong command of musical styles and vocal athleticism is greatly needed for this show.

You need only come to one of the audition dates. YOU DO NOT NEED AN AUDITION TIME. JUST SHOW UP AT 7:15 AND WE WILL HAVE YOU SING and then READ. We will have everyone sing at one time and then everyone will read from the script.

ALL ROLES ARE COMPENSATED. Sorry, no EQUITY contracts for this show.

The ENSEMBLE
6-8 individuals (male and female evenly divided) that will play a multitude of characters and will have much to sing. Each ensemble member needs the vocal stamina and acting strength of the lead roles. Every ensemble member has multiple featured moments. Mid 20’s to mid-40’s. This is not a chopped liver ensemble.

Production dates, rehearsal dates and additional information:
Merrily We Roll Along will open on Friday, February 2, 2018 and run through February 18, 2018. There will be nine (9) shows; that is three (3) weeks of performances.

There will also be two presentations at NIGHTTOWN (in Cleveland Heights) on Monday, January 8 and Monday, January 23. DECONSTRUCTING MERRILY is an evening of discussion and song centered around the triumphs and the failures of this unique Sondheim piece. The roles of Frank, Mary, Charlie and Beth will be required to attend, but others may be asked to participate. You will be poorly compensated for this work.

REHEARSALS WILL BEGIN IN EARLY NOVEMBER: Due to the musical demands of this piece, early rehearsals are imperative. A detailed schedule for calls will be assigned according to availability. This music rehearsal time will address company moments but will mainly focus on detailed featured moments. These rehearsals may take place at a more central location with details to follow.

OUR NIGHTLY REHEARSAL SCHEDULE WILL BEGIN ON JANUARY 2nd @ LAKELAND COMMUNITY COLLEGE. Rehearsals will run nightly. YOU WILL ONLY BE CALLED WHEN YOU ARE NEEDED. A detailed rehearsal schedule will be available. Week nights, 7-10:30p, Saturdays 11am-4pm and Sundays 1-7pm.

PARKING FOR AUDITIONS: For primary auditions you may park in the Faculty/Staff parking lot after 7pm, when the gate is open to the public. If you want to come earlier, or if you are bringing a young man for auditions, you can park in the student parking which is free. Auditions are being held in Building D which is the PERFORMING ARTS CENTER (PAC).