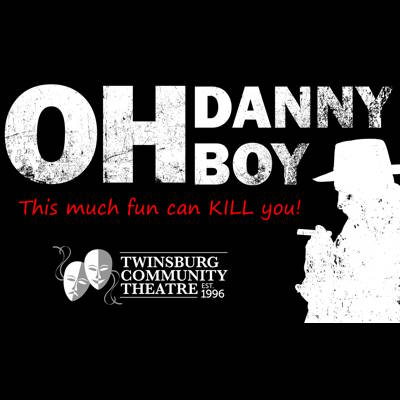 ABOUT THE SHOW: When Daniel “Danny Boy” Fitzpatrick, the only son of the president of the Dockworkers Union, Patrick Fitzpatrick, is blown to bits in a car bombing, both tears and beers begin to flow with certain regularity. At the wake of Danny Boy, Tony Marinzano, local mobster, shows up to pay his respects only to be greeted with accusations from Patrick, and the grieving mother, Irene. It is well known that Tony wants to take over control of the lucrative funds from the Dockworkers, and the distinct possibility exists that Tony was involved in the bombing. But who knows for sure? Top notch investigative reporter, Carol Tuesday, from the Cleveland Plain Dealer, is on hand to get to the truth, while the famous homicide detective, Sean O’Grady III, has his hands full with these, and some other strange characters. He may need your help, so stay alert and be careful.