Posted by Beck Center for the Arts ; Posted on
Auditions 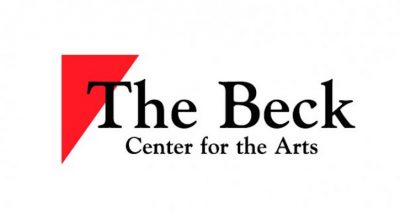 The auditions will take place BY APPOINTMENT beginning Monday, Nov. 28th and continue through the audition dates.

You my either prepare a brief contemporary monologue (preferred) or you may read from a side provided at the audition.

Production dates for “Really Really” are June 2nd thru July 2nd, which includes 15 performances total—all Fri/Sat/Sun. The rehearsal process will begin no earlier than April 18th, and perhaps a bit later.

There will be either 1 or 2 AEA contracts offered (Special Appearance–Tier one). All non-union actors 18 and over are compensated with a stipend.

THE STORY:
An incident at an elite university’s campus party threatens to disrupt the lives of everyone involved as the stories about it are wildly different. The truth is hazy as all involved scramble to protect their own turf.

CASTING NOTE:
All of the characters (except for Haley) attend an Ivy League university. All of these characters are smart and fast-talking. They are the leaders of tomorrow because of their privilege, connections and entitlement. All actors must look early to mid-20’s at the most. The characters are all college seniors except for Haley who is a little older. There are sexual situations in this play but no actual nudity.

Leigh:
Woman. College senior. She is from a blue collar background and has had to fight for everything that she has achieved. She is confident on the outside but has many interior challenges to her self-esteem. She has been sexually and physically abused in her past. PERFORMER MUST BE COMFORTABLE WITH SEXUAL BEHAVIOR (There is simulated sexual activity but audience view will be obstructed). NO NUDITY.

Davis:
Man. College senior. He presents as the ideal upstanding young man: successful, hard-working and disciplined. He’s good looking and athletic. On the rugby team. Yet beneath the nice guy exterior, there is huge rage. PERFORMER MUST BE COMFORTABLE WITH SEXUAL BEHAVIOR (There is simulated sexual activity but audience view will be obstructed). NO NUDITY.

Grace:
Woman. College senior. She is a leader of tomorrow: disciplined, president of the Future Leaders of America. Honor roll. Funny and a church-going. Stands up for her roommate, Leigh. She has some direct to audience longer speeches.

Jimmy:
Man. College senior. Also on the Rugby team. Leigh’s boyfriend and above her in class and status.  His father is on the board of the university, so he has privilege and influence. Used to be a womanizing partier, but then fell in love with Leigh. Currently in Christian therapy. Uses his father’s power as his own. Must be comfortable with Sexual situation.  NO NUDITY.

Cooper:
Man. College senior. Another Rugby player. He’s into the Bromance with his college buddies. He’s on the 5 or 6 or 7 year plan. He is from a wealthy family. Likes a good party.  Must be comfortable with Sexual situation.  NO NUDITY.

Haley:
Woman. Leigh’s sister. She is the only character NOT in college. Always up for a good time, she sees a situation and willing to capitalize on it. A little rough around the edges. She is out of place in this college crowd.

Johnson:
Man. College senior. Another rugby player who does not want to screw up his future with any of the problems that the others get into. A little more serious. Although he is not crazy about parties, he is popular with women. Well rounded, uptight, goal-oriented. Honest to a fault.

“Mr. Colaizzo possesses an assured appreciation of the addictive power of ambiguity, which he manipulates with a bait-and-switch mastery that never lets up.” —The New York Times. “An exceedingly well-made play. Unexpected and thrilling.” —New York Observer. “Gripping. This provocative drama displays a crackling intensity.” —The Hollywood Reporter. “What starts out to be banal hijinks among a group of upper-crust college kids takes a menacing and calculating turn that resembles the poignancy of an Edward Albee creation.” —Washington Diplomat. “REALLY REALLY is theater for the Gossip Girl generation—edgy, funny, caustic, shocking—but thoughtful and weighty enough to hold its own even among audience members who think tweeting’s for birds and Glee’s an after-school activity.” —Washingtonian. “REALLY REALLY sucks you in with its brio and caustic wit and holds you with its teasingly clever double-edged plot.” —Washington Post.