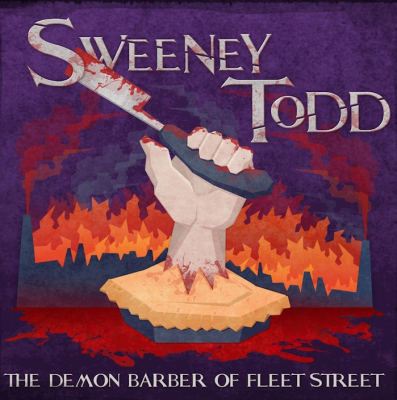 *Please note that the roles of Sweeney Todd and Mrs. Lovett have been pre-cast. See below for casting. ALL other roles are open.

If Interested: Email Patrick@blankcanvastheatre.com to sign up for one of the below dates and include your ideal time for auditioning. Otherwise we will just assign you the best available slot. We will do our best to accommodate you.

What to prepare:  Please prepare two contrasting 32 bars or short musical theatre songs in the style of the show. Please bring sheet music in the correct key. An accompanist will be provided. Please bring a headshot and resume to auditions. Headshots and resumes are appreciated, but not required.

Performance Dates: February 23rd – March 10th. Shows will be Thursday-Sunday. Thursday, Friday & Saturday at 8pm. Sunday performances will be at 7pm.  (Show will open on a Friday night and close on a Saturday night)

Pay: Blank Canvas Theatre dedicates 20% of the net profit to the cast of each show. The cast splits this evenly.

*At this time there are no AEA Contracts for this show. However we may explore the option if needed.

The Story
An infamous tale, Sweeney Todd, an unjustly exiled barber, returns to nineteenth century London, seeking vengeance against the lecherous judge who framed him and ravaged his young wife. The road to revenge leads Todd to Mrs. Lovett, a resourceful proprietress of a failing pie shop, above which, he opens a new barber practice. Mrs. Lovett’s luck sharply shifts when Todd’s thirst for blood inspires the integration of an ingredient into her meat pies that has the people of London lining up… and the carnage has only just begun!

Character Breakdown
* The age range for each character is flexible and all ethnicities and body types will be considered.

Sweeney Todd: This role has been pre-cast and will be played by Patrick Ciamacco
Mrs. Lovett: This role has been pre-cast and will be played by Trinidad Snider
Anthony Hope: (Male, 20-30. Tenor Bb2-F4) A naive and youthful sailor returning to London. He helps Todd return to London and unexpectedly falls in love with Johanna.
Johanna: (Female, 18-21. Soprano Bb3-A5) A spritely girl, full of innocence, constantly yearning for freedom. Todd’s long-lost daughter and Turpin’s ward.
Beggar Woman: (Female, 35-50. Mezzo-Soprano Ab3-F5) A deranged and schizophrenic woman who harbors a dark, surprising secret.
Adolfo Pirelli: (Male, 30-45. Tenor B2-C5) A flamboyant Italian rival barber; a charlatan with a secret past.
Tobias Ragg: (Male, 12-25. Tenor Bb2-Ab4) A poor youngster apprenticed to Pirelli. He finds a surrogate family in Todd and Lovett.
Judge Turpin: (Male, 50-65. Baritone E2-Gb4) A lecherous public official who portrays himself as a sanctimonious authoritarian. He takes advantage of his position in the city and is responsible for imprisoning Todd.
Beadle Bamford: (Male, 40-55. Tenor D3-D5) A pompous public official. He is deeply loyal to the corrupt Turpin.
ENSEMBLE: (Male & Female, 16-70, Basses, Tenors, Altos, Sopranos) Jonas Fogg, Bird Seller, Townspeople; Policemen; Lunatics
If you have any questions feel free to contact us at patrick@blankcanvastheatre.com. We look forward to seeing you at auditions! 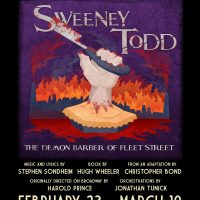