CALL FOR ART: “Eventually Together” 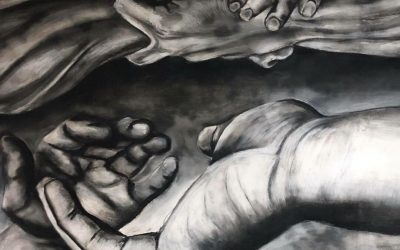 “Eventually Together,” Juried by the celebrated artist Ron White, will be the second exhibit at New Milk Studios in Cuyahoga Falls.

As a world, a nation, and as a community, there is a dire need to eventually come back together. Political unrest has driven a wedge between people, civil and racial unrest have been a source of division for as long as the same unfair chasm between the rich and the poor. There are dozens of things that divide us, we could no doubt add to the list… but now there is a common thing that has affected all of humanity, Covid-19. A global pandemic that has caused the entire planet to isolate themselves as a source of survival and as a tool of protecting our fellows.

We will all eventually come back together, there is a longing for it.

There will be gatherings, and events, and community again! Until then, let’s celebrate by  expressing ourselves the way artists do!

This is an incredible opportunity to showcase your work alongside Ron White’s.

Accepting all media 2D and 3D.

We are asking artists to submit artworks that speak of togetherness, unity, teamwork, community, forgiveness, altruism, and hope for a unified future. With this exhibit, we want to showcase and shout about the importance of coming together to survive, heal, and grow!