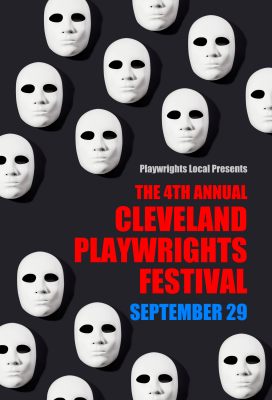 All Sessions are Free | Recommended for Adults & Teens

Tickets or Reservations Not Required

11:00 AM   |  Workshop
“The Sherlock Project”
With instructor Eric Schmiedl
Presented with Literary Cleveland

Part crime scene. Part collaborative game. Part exploration of 21st Century storytelling techniques. “The Sherlock Project” is a creative exercise that seeks to find new ways of collaborating and innovating through the process of exploration and discovery. Inspired by the work of the Columbia University School of Arts’ Digital Storytelling Lab, this creative writing session seeks to ignite your imagination through game playing, investigation, and imagination. There will be a murder. There will be a discovery. There will be a whole new story…your story!

4:45 PM  |  Performance & Talkback
The Events of the Warren County Fair as Observed by a Young Astronaut

A tabletop play
Written and performed by Amy Schwabauer and Mike Geither, with direction and dramaturgy by Karin Randoja

A showing of episodes from a new, locally produced web series followed by a Q&A with production contributors Robert Hunter and others TBA
Presented with Upstairs Web-Series

Jennifer Coleman and Cindy Gasparro at The George Gund Foundation
Amy Callahan and Waterloo Arts
All of our patrons and contributors
All of our partners and guest presenters
All of the playwrights, directors, actors, teachers, and other collaborators who made this event possible