The Downtown Akron Partnership Emerging Leaders, through the MyAkron committee, seeks submissions for 10 individual art designs – each honoring one of Akron’s unique wards – to be printed on high quality vinyl wraps. These wraps will be installed on utility boxes throughout Downtown Akron as part of the #AkronArtBox Project.

The committee will accept project proposals from Feb. 1 – March 4. The committee and the selected artists will help raise awareness and funds for the project through an online crowdfunding campaign and events designed to help people engage with the project. Artists will be paid a stipend of $100. All money raised will be used to support the completion of the project.

Artwork on utility boxes is a concept that has been utilized in other cities to create an enlivened, safe, inclusive and inspired environment. By commissioning neighborhood-inspired public art projects, a vibrant downtown is created that is representative of the citizens of the community and serves as a gateway to the city.

In an effort to enhance Downtown Akron as an attractive and desirable place to live, work and visit, several projects have been successfully designed and implemented to clean up and beautify the area. These projects have taken place alongside a series of initiatives focused on increasing civic participation within Akron’s diverse neighborhoods. The utility box project builds upon this momentum, bringing together residents from all areas of the city to collaborate on a project that builds value for the arts community and strengthens civic pride. This relatively small-scale project is a simple way to make Akron more vibrant and livable.

“Last year’s #LovetheWall was a tremendous success,” said 2016 Committee Chair Benjamin Rexroad. “But it only involved one artist. This year, we wanted to do something that would give more Akronites a chance to participate. In choosing our artists, we want to make sure to extend this opportunity to artists of all abilities and backgrounds, highlighting the diverse range of talent within our city. By focusing on Akron’s neighborhoods – through honoring our 10 wards- we are drawing the connection between the neighborhoods and downtown and between people who, maybe, never have the chance to come together.”

#AkronArtBox is the second project to emerge from the reorganization of MyAkron, which began in 2012 as an initiative to micro-fund smaller projects.

The RFP can be downloaded at: www.downtownakron.com/myakron. Artists can contact Benjamin Rexroad, committee chair, at benjamin@artsnow.org for more information.

The Downtown Akron Partnership (DAP) Emerging Leaders was established in 2010 to assist in attracting and retaining young professionals and enhancing DAP’s mission of building and promoting a vibrant, valuable Downtown. The Emerging Leaders includes members 35 years of age and younger from a variety of organizations.

The mission of Downtown Akron Partnership (DAP) is to promote and build a vibrant and valuable downtown. DAP is a non-profit organization dedicated to bringing people, activity, business and a thriving civic life to the heart of Akron. Through strategic marketing, clean and safe programs and management of downtown’s resources, DAP works to promote downtown as a gathering place in the center of our community.

DAP’s members include property owners, business leaders and government officials who want to improve the image of downtown as a safe, convenient location for business, working professionals and families. DAP is governed by a board of trustees as diverse as the interests of our city. DAP is supported by the John S. and James L. Knight Foundation, Akron Community Foundation and GAR Foundation. 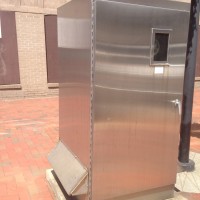 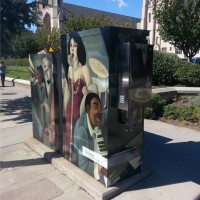 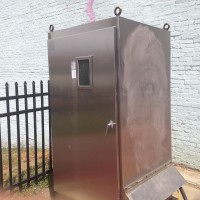