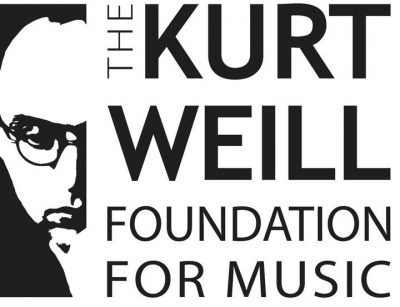 In 1998, to honor the centenary of the birth of Lotte Lenya (1898-1981), an extraordinary singer/actress and one of the foremost interpreters of the music of her husband, Kurt Weill (1900-1950), the Kurt Weill Foundation for Music established an annual Lotte Lenya Competition.

The Lotte Lenya Competition recognizes talented singer/actors of all nationalities, ages 19-32, who are dramatically and musically convincing in repertoire ranging from opera/operetta to contemporary Broadway scores, including the works of Kurt Weill.

First, Second, and Third Prizewinners from previous years are ineligible to compete in subsequent competitions. Winners of discretionary awards (Lys Symonette, Carolyn Weber, Marc Blitzstein, and Kurt Weill Awards) may compete again so long as they select repertoire different from what they were previously recognized for.

Contestants must perform a program that contains four selections, one from each category outlined below:

Contestants may also select a Weill song written for Broadway as their pre-1968 musical theater selection. Note, however, that multiple Weill selections should be contrasting (in genre, style, and/or language).

one aria from the operatic or operetta repertoire
The opera/operetta aria must be sung in its original musical version, key, and language. Contestants may also choose a selection from an opera/operetta by Weill for this category. Again, please note that multiple Weill selections should be contrasting.

Contestants are encouraged to choose contrasting selections, which may be performed in any order. To effectively demonstrate that you are a multi-dimensional performer, in constructing your program consider the mood, tempo, length, vocal range, musical style, and characters being portrayed. The program must be performed from memory.

The total length of the program must not exceed 15 minutes. This may necessitate judicious internal cuts, but contestants must be prepared to sing the number unabridged if so requested by the judges.

Judges score each of the four selections on a scale from 1 to 10, with a “10” being “as perfect as one could reasonably expect to experience the number.” Additionally, there is a fifth category, also scored 1 to 10, called “Overall Impact,” which includes consideration of diversity of repertoire and vocal production, level of difficulty and risk-taking, and range of style, languages, and characterization. Each contestant therefore can achieve a maximum score of 50 from each judge. Prizewinners almost invariably receive scores averaging an “8” or above for all four selections and also score high in the “overall impact” category.

Your video should approximate a live audition; the view of the camera should include your whole body and allow you to move as you perform your selections. It is permissible to cut between selections. The accompanist need not be visible in the video. Make sure that you maximize audio quality and screen size, particularly if video is produced using a smartphone.

All finalists will receive an award of $1,000. Judges’ discretionary prizes are customarily awarded.

New in 2018, the Kurt Weill Award, for outstanding performance of at least two contrasting selections by Kurt Weill, one in English, one in French or German.

Lys Symonette Awards are given in recognition of various aspects of individual performance such as outstanding performance of a single number, extraordinary achievement and/or promise, and outstanding talent.

Carolyn Weber Awards are given in recognition of outstanding creativity in the design of a diverse program and exceptional sensitivity to text/music relationships.

Marc Blitzstein Awards are given for an outstanding performance from a “Golden Age” musical.

All semifinalists who do not proceed to the finals receive an award of $500. Additional awards are available to non-finalists: Grace Keagy Awards for Outstanding Vocal Promise and Emerging Talent Awards, each in the amount of $500.

Please note that judges may decide not to award all prizes listed here in any given year.