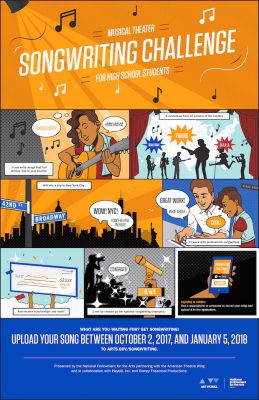 The Musical Theater Songwriting Challenge is a national competition for high school students who have a passion for writing songs that could be part of a musical theater production. Launched in 2016 as a pilot program in three cities (Dallas, TX; Minneapolis, MN, Seattle, WA), the Songwriting Challenge offers six finalists mentorship opportunities with professional songwriters and musicians and the opportunity to have an original song performed by those musicians. Finalists will also receive scholarship awards and more. Applications are open on October 2, 2017 and due by January 5, 2018. Finalists will be announced in February 2018 and the national competition will take place in New York City in April 2018. 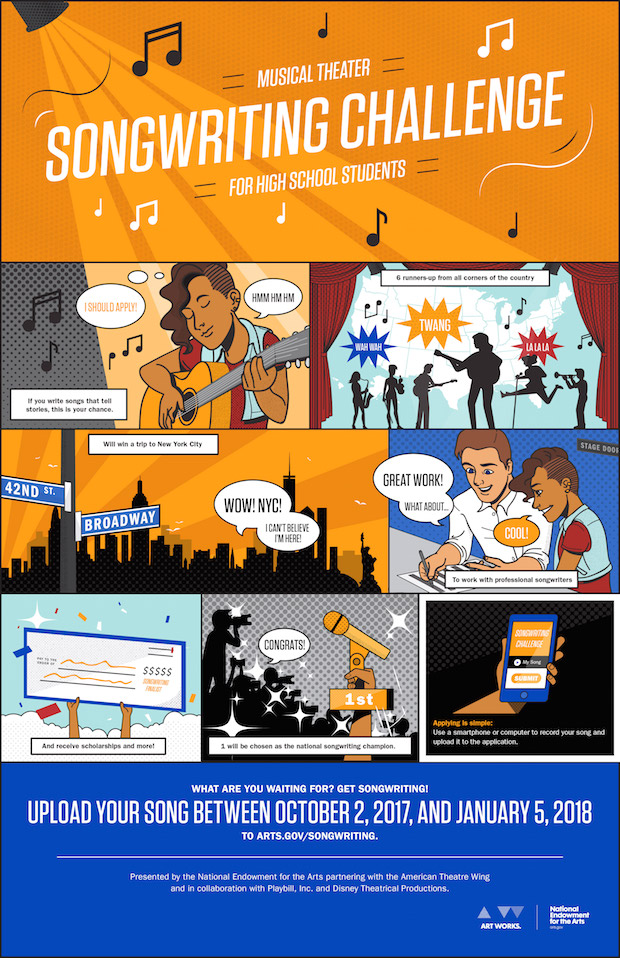