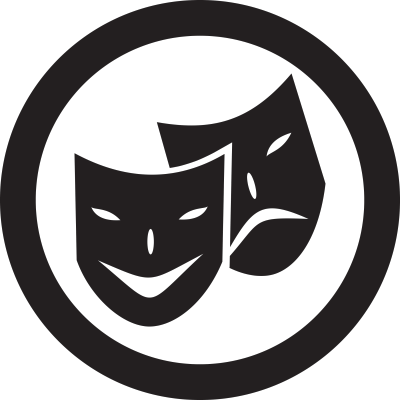 From Saturday Night Live to Mr. Show! and Robot Chicken, sketch comedy is all over network television. Sketch comedy is comprised of a series of short comedy scenes or vignettes, commonly lasting between one to ten minutes long. Sketches are performed by a group of comic actors, who often first improvise a scene and subsequently write down the material.

Sketch You Later! is a 12-week theatre class designed to introduce students to the concept of sketch comedy. Using a series of improvisational games, the performers will learn the basics of sketch comedy – from structure to characterization – and create their own vignettes.

There will be a final presentation on Saturday, April 13th.

“I think physical comedy is an amazing asset because it tells a story that’s more universal than just language and dialogue.” – Actor Josh Gad

Physical comedy is perhaps one of, if not the oldest, form of comedy. Focused on manipulation of the body for a humorous effect, it can include slapstick, clowning, mime, physical stunts, or even making funny faces.

Make ‘Em Laugh is a 12-week theatre class designed to teach students about their comedic roots, introducing them to the art of physical comedy through a series of games and exercises. The students will work to create etudes – or studies – of silly physical actions AND a group scene.

There will be a final presentation on Saturday, April 13th. 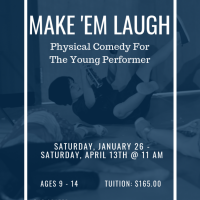 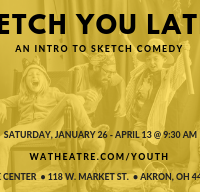