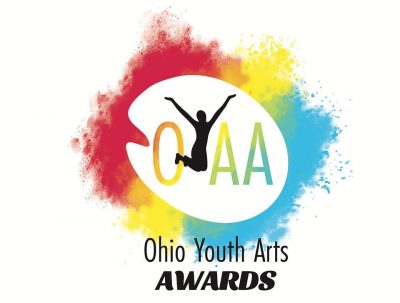 Arts Awards for youth in Ohio!

I would like to invite you and your theatre to participate in the Ohio Youth Arts Awards, to recognize and promote the young artists of Northeast Ohio and encourage them to always embrace their creativity. We are currently planning our first annual award presentation.

We will have adjudicators who are educated and versed in theatre go to see participating theatre’s shows, both straight plays and musicals. They will nominate actors, directors, and crew, and we

Arts Awards for youth in Ohio!

I would like to invite you and your theatre to participate in the Ohio Youth Arts Awards, to recognize and promote the young artists of Northeast Ohio and encourage them to always embrace their creativity. We are currently planning our first annual award presentation.

We will have adjudicators who are educated and versed in theatre go to see participating theatre’s shows, both straight plays and musicals. They will nominate actors, directors, and crew, and we will have an awards ceremony featuring performances by actors from nominated shows each year.

Membership in the theatre program is $95 for the year, plus the donation of two tickets to each show that you would like us to come to. The membership fee pays for the rentals of the venue for the awards ceremony, website fees and advertising. Your first year is FREE!!

Lots of people have the same questions, so this might be a great time to address them!

My daughter Tenley and I started these Awards because my daughter is a theatre person and in Arizona, where we moved from, they have a lot of youth awards. She was first nominated when she was a little girl, and the validation and confidence that being recognized for what she loved changed her life, so she and I devised this awards program together when we moved here.

The Ohio Youth Arts Awards are for the non athletes, for the athletes who act, for people who just love acting to feel great about themselves for doing an exceptional job. We would like to eventually expand the awards to include more of the arts: dance, voice, photography, studio art, etc.

One person in each category wins. The adjudicators put their scores from 1-10 in quarter point increments into a form in the computer and the winners are determined by the computer. If two people have the same score, they both win.

We currently have 12 adjudicators and are seeking more.

We send two adjudicators to the show officially, but sometimes others just go see the show on their own and send in their forms too. Adjudicators aren’t allowed to go to shows on official Ohio Youth Arts Awards business and judge a show where they know any of the kids or their parents, because that wouldn’t be fair to anyone 🙂.

Everyone who is nominated gets recognized with a certificate and comes up to the podium, and the winner gets something as well.

Not getting nominated stings, of course. And I understand that we come from an era where everyone gets a trophy. But our adjudicators are asked to recognize people who were truly outstanding the day that they saw the show. If a child wasn’t nominated, it doesn’t mean that they were bad or that there’s something wrong with them. It just means that on that one particular day, other people stood out more to that particular adjudicator, who is a human being and likes what they like, and that the actor should just come back and do their thing and shine again in the next show, because they love what they do.

Here is a little bit about me: my name is Barb Stitzer, I’m from Los Angeles. I am a former SAG-AFTRA -Equity actress who studied directly with Sanford Meisner in Bequia and Los Angeles, and then he taught me to teach acting, using his methods. I am an acting coach. Most of my acting students are adults, and those who are children would not be adjudicated by me.  :). I am also an award winning commercial and portrait photographer, I own a magazine, Northeast Ohio Weddings Magazine, that I produce with my older daughter, Zoe who is at the Scripps School of Journalism at OU, and a ton of super talented writers, graphics people and social media experts, and I have a modeling club, the BSP Spokesmodels, and I love those girls like they were my own. I am also a two time cancer survivor, but most people don’t know that because I still feel pretty dang emotional about it and don’t like to talk about it.

I, like you all, know a ton of people in Northeast Ohio. So I look at everyone who is interested in being a part of what I do, whether it’s someone walking in the fashion show for me, or modeling in one of my publications as something completely separate, and if I were to go to a play where one of my models appeared in the show, I would have someone else go another night to judge the show for me because otherwise it wouldn’t be fair.

We forgot to mention dress for the event, but we really hope that everyone dresses up… it would be so much more fun!

We are a new company, and I’m sure that we will make many errors, but please bear with us… we will try our very hardest to right the errors, and get better every time.

If you would like to get involved with us, and help us in our quest to recognize young actors and artists in Ohio, please reach out!”