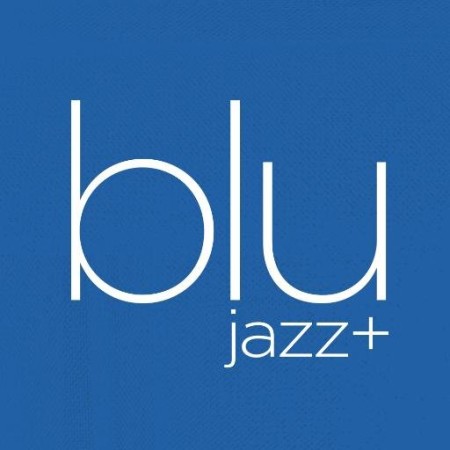 A prodigious talent at an early age, Joey began taking a strong interest in the organ. At sixteen he signed an exclusive recording contract with Columbia Records, releasing his first record “All Of Me” at seventeen. This record was single handedly responsible for the great resurgence of the Hammond sound in popular music. Also in his seventeenth year, he was called on by the great Miles Davis to join his band, and toured Europe. It was at that time that Joey, inspired by Miles’s sound, picked up the trumpet & started playing. At eighteen, Joey began touring with his own quartet.

At twenty-two, John McLaughlin called him along with drummer Dennis Chambers, to form the group the “Free Spirits”. This band toured extensively for four years. Joey has been around the world and back dozens of times with his own trio, he has also played and recorded with some of the greatest musicians in the world such as Ray Charles, David Sanborn, Arturo Sandoval, Benny Golson, James Moody, Elvin Jones, Jimmy Cobb, George Benson, John Scofield, and many more. He has won the Downbeat Critics poll ten times & the Readers poll every year since 2005 along with countless Jazz Journalist & other Jazz awards. In 2004 Joey was nominated for a Grammy for his record “Falling In Love Again”, and again in 2010 for “Never Can Say Goodbye.”

This trio, without losing sense of tradition, offers a fresh rhythmic and harmonic approach to modern jazz.

Joey DeFrancesco’s emergence in the 1980s marked the onset of a musical renaissance. Organ jazz had been a form of music that literally went into hibernation from the mid-seventies to the mid- eighties largely because of the introduction of high-tech, light-weight keyboards. It was Joey, however, that ignited the flame once again with the sound of his vintage Hammond organ and Leslie tone cabinet. He not only illuminated this once dormant music form but brought back the many proponents of jazz organ who had been shuffled by record producers and club owners to lesser roles within the music industry. Befriending and supporting those who preceded him, Joey became the new-age proponent of an instrument that had been pushed aside in favor of the growing technology.

Considered a child prodigy, Joey remembers as far back as age four, playing jazz tunes modeled by his father, Papa John DeFrancesco and memorizing music from the many jazz albums in their home.

Papa John, a jazz organist himself, took young Joey under his wing and nurtured his rapidly developing skills, bringing Joey along with him to gigs, Joey would sit-in with as many seasoned Philadelphia musicians who were around. Legendary players like tenor saxophonist, Hank Mobley, or drummer, Philly Joe Jones, would soon become aware of young Joey DeFrancesco and acknowledge his enthusiasm. Joey’s grandfather and namesake, Joseph DeFrancesco, was the patriarch and, himself, a musician’s musician; able to pick up a new instrument and teach himself to play. This gift was passed down to young Joey and now manifests itself in Joey’s extraordinary keyboard skills; piano playing; and organ wizardry – not to mention his undeniable mastery of the trumpet.

Joey’s desire to play the trumpet began after touring with the great Miles Davis. An interesting encounter would introduce the two; Miles was a guest on a Philadelphia television program where Joey was a band member. Instead of critiquing the featured high school trumpet players, Miles inquired about the organ player and quickly gathered Joey’s contact information. Joey would soon become one of the two youngest musicians ever to be asked by Miles to join the band (the other being Tony Williams). Years later, it would be Joey who would  be complimenting his own jazz organ performances with exciting bursts of trumpet tones in the notably influenced style of former employer, Miles Davis.

Initially, Joey signed an exclusive recording contract with Columbia Records that resulted in and a series of well-received albums and CDs that lifted Joey’s reputation and stardom higher and higher. The roster of world-class musicians with whom Joey would play and record with amazed the music world. The phenomenon, known as Joey DeFrancesco, soon became a household name in the jazz world as he began to tour internationally with his own quartet and eventually trim his group to a trio that boasted the guitar work of Paul Bollenback and drumming of Byron ‘Wookie’ Landrum. This trio would become the longest running organ trio in modern times.

The list of established musicians who felt inspired to perform with Joey grew. At twenty-two, Joey was called upon by guitarist, John McLaughlin to form the group, ‘Free Spirits’ which included band member Dennis Chambers. This band toured extensively for four years as the sphere of Joey’s influence went global.

Today, Joey has been around the world dozens of times touring & recording with his own trio as well as part of all star projects, some of which include, Ray Charles, Bette Midler, David Sanborn, Arturo Sandoval, Frank Wess, Benny Golson, George Coleman, James Moody, Steve Gadd, Elvin Jones, Jimmy Cobb, George Benson, John Scofield, Joe Lovano, Larry Coryell and Bobby Hutcherson, not to mention the myriad of foreign jazz artists that he’s collaborated with as he travels.

Quoted as the Master of the Jazz organ, Joey has received countless Jazz Journalist awards, and accolades worldwide.
Joey has been involved in product designs and endorsements that serve to further the advances of digital organ technology in the States and around the world.

Currently, Joey continues to tour with his own group and perform with all-star projects in major jazz clubs and festivals internationally.

He is the weekly radio host of “Organized” on SirusXM.

New recordings and creative musical projects are all vital components in Joey DeFrancesco’s future as he continues to write, perform and stand at the fore front of the digital technology that replicates the classic Hammond organ/Leslie speaker sound.

With over thirty recordings as a leader and numerous collaborations with the masters of modern jazz in his legacy, Joey DeFrancesco deservingly takes his place with Fats Waller, Wild Bill Davis and Jimmy Smith in the lineage of Jazz Organ.

New York based drummer, Jason Brown, has been a driving force behind major artists since the early days of his career. A graduate of Oberlin Conservatory, Ohio; Brown learned his trade under the tutelage of Billy Hart. For seven years he toured and recorded with Grammy nominated vocalist & composer, Carmen Lundy. He has also worked with numerous international artists such as Pat Martino, Lizz Wright, Cedar Walton, Wayne Escoffery, Kurt Rosenwinkel and Amina Figarova.

As a leader, Brown has been a featured artist with the Jazz Philharmonic Orchestra of St Petersburg and has toured with his own Quintet throughout the USA, Ukraine and Russia.

Jason joined Joey DeFrancesco in 2014. His sensitivity, explosiveness & hard driving sense of swing are what make him the perfect match for Joey D.

Music has been an integral part of Dan Wilson’s life since his beginnings in gospel music. Upon hearing a Wes Montgomery record in a relative’s basement, Dan decided to pursue a career as a musician. Since then, he has spent more than a decade honing his craft. Dan received his Bachelor’s Degree in Music & Liberal Studies from Hiram College. His passion for Brazilian music led him to the city of Rio De Janeiro in to conduct research for his Masters Thesis which he defended successfully at Youngstown State University.

Over the years Dan has enjoyed the honor of sharing the stage with many jazz greats including Russell Malone, Les McCann, Christian McBride, Eric Marienthal and Dave Stryker. Dan also teaches jazz guitar and improvisation at Cuyahoga Community College in Ohio.

Dan’s playing encompasses all the fire, soul & technique of the jazz guitar greats that have preceded him.