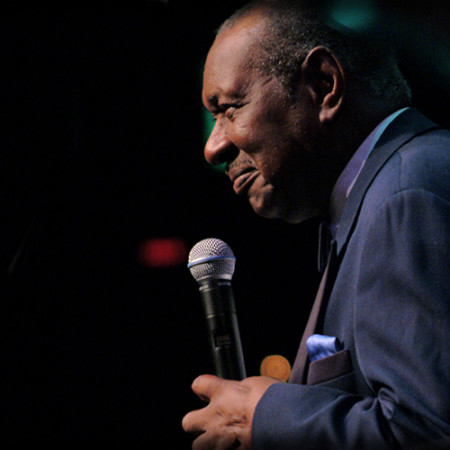 Lionel Frederick Cole was born the youngest of Edward and Paulina Nancy Cole’s five children. His three elder brothers, Eddie, Ike and Nat (twelve years Freddy’s senior) were all musicians taught by their mother. Though Freddy was born in Chicago, he is now a 35-year native son and international celebrity of Atlanta.

“I started playing piano at five or six,” Freddy recalls. “Music was all around me.” In the Chicago home of his youth, visitors included Duke Ellington, Count Basie, and Lionel Hampton. He also credits Billy Eckstine as a major influence. “He was a fantastic entertainer,” Freddy recalls. “I learned so much from just watching and being around him.” After a possible career with the NFL was shelved due to a severe football related hand injury, he began playing and singing in Chicago clubs as a teenager. Although he was ready to hit the road at 18, his mother intervened and he continued his musical education at the Roosevelt Institute in Chicago.

While there are certain unmistakable similarities in timbre to his brother Nat, his voice is raspier, smokier, jazzier even. In truth, his phrasing is far closer to that of Frank Sinatra or Billie Holiday than that of his brother, and his timing swings even more. His vocals – suave, elegant, formidable, sometimes spoken and articulate – make him the most respected lyrical storyteller in jazz. Cole’s career continues to ascend as he has moved into the front ranks of America’s homegrown art form with a style and musical sophistication all his own.

This is going to be a very special & intimate one-night-only celebration as Freddy sings and plays all the holiday classics including “The Christmas Song,” “White Christmas, ” Jingle Bells” and more, so bring the kids and the grandparents for a holiday show that the whole family can enjoy – get your tickets today!