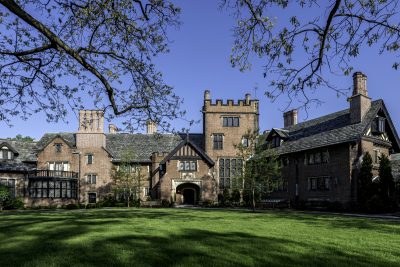 Stan Hywet Hall & Gardens, located in Akron, Ohio, is the former home of F.A. Seiberling, the founder of The Goodyear Tire & Rubber Company, and his family. Completed in 1915, it is one of the most important remaining examples of an American Country Estate built by the wealth created during the Industrial Age at the turn of the twentieth century, when the emergence of modern America made Akron the “Rubber Capital of the World.” Open from April through December, Stan Hywet includes a 65-room Manor House, a conservatory and more than 70 acres of artfully landscaped ground. It is Akron’s oldest National Historic Landmark and is accredited by the American Association of Museums.

The theme of the 2019 season is “Art, Lasting Impressions,” a look at one of Akron’s most visible, influential and cultural champions in the early 20th Century, Stan Hywet matriarch Gertrude Seiberling.