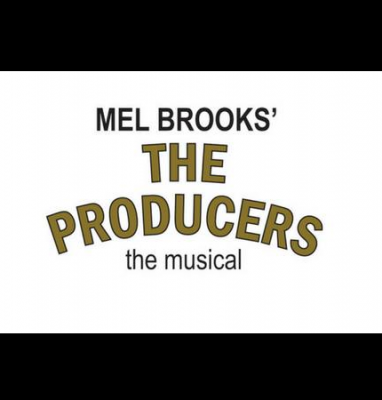 The plot is simple: a down-on-his-luck Broadway producer and his mild-mannered accountant come up with a scheme to produce the most notorious flop in history, thereby bilking their backers out of millions of dollars. Only one thing goes awry: the show is a smash hit! Please prepare 32 bars of a comedic Broadway song and be prepared to read from the script. Auditions start at 7pm both nights (February 18 & February 19) and will end once everyone has been seen. Please try to arrive as early as possible.

Max Bialystock
The consummate con man. Naturally animated and bombastic, he is never at a loss for charm and manners. Typically conspires with Leo.
Gender: Male
Age: 40 to 55
Vocal range top: F#4
Vocal range bottom: A2

Leo Bloom
An accountant. Boring and mousy, he is a hesitant optimist who longs for something more. Dragged into a scheme by Max.
Gender: Male
Age: 35 to 45
Vocal range top: F4
Vocal range bottom: A2

Franz Liebkind
German loyalist playwright. From his lederhosen to his pigeon, Adolph, his love for the motherland is unmistakable. He is imposing yet tender.
Gender: Male
Age: 35 to 55
Vocal range top: G4
Vocal range bottom: F2

Rogers Debris
New York’s most famous and flamboyant stage director. Surrounds himself with deliciously beautiful clothing, people, and possessions. In a crowd, it would be impossible to miss him.
Gender: Male
Age: 50 to 60
Vocal range top: G4
Vocal range bottom: G#2

Carmen Ghia
Roger Debris’ faithful assistant. Carmen is severe in looks and passion for Roger. He may appear younger than he actually is thanks to skilled surgeons.
Gender: Male
Age: 25 to 35
Vocal range top: A4
Vocal range bottom: C3

Ulla Inga Hansen Benson Yonsen Tallen-hallen Svaden-svanson
A young and hopeful actress. Though her beauty might eclipse her talent, Ulla is passionate about life and art. Quite a clueless seductress in some ways.
Gender: Female
Age: 20 to 30
Vocal range top: G5
Vocal range bottom: A3