Auditions @ none too fragile – PAID

Posted by none too fragile ; Posted on
Auditions; Jobs 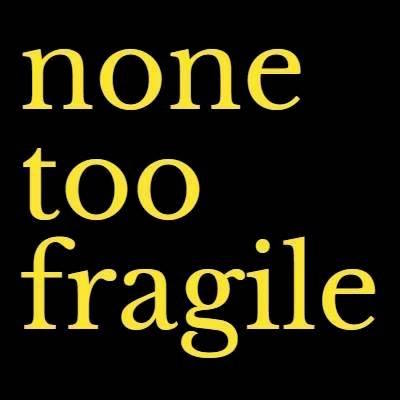 Who: none too fragile theatre

Auditions will consist of cold readings from the respective scripts which will be available for 2 hours before auditions start beginning. Please Email Sean Derry (sjsderry@gmail.com) to confirm participation for either day and time desired.

Story: Just when you thought you’d heard every crazy 9/11 conspiracy theory, a stranger walks into the Yankee Tavern. There, inside the walls of this crumbling New York tavern, a young couple finds themselves caught up in what might be the biggest conspiracy of all. Steven Dietz’s acclaimed dramatic thriller is a fierce, funny and ultimately mind-bending work of theatrical power that grips you until the final word. What you dont know can hurt you!

Story: A 17-year old boy from the Bronx suddenly finds himself in a private school in New Hampshire, during the late 1960’s. He’s violent, gifted, alienated, and on fire with a ferocious loneliness.Two faculty members wrestle with the dilemma: Is the kid a star or a disaster? A passionate, explosive portrait of a young man on the verge of salvation or destruction.