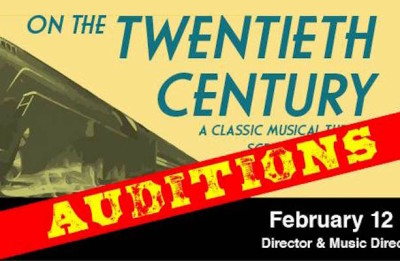 It’s nonstop laughs aboard the Twentieth Century, a luxury train traveling from Chicago to New York City. Luck, love and mischief collide when the bankrupt theater producer Oscar Jaffee embarks on a madcap mission to cajole glamorous Hollywood starlet Lily Garland into playing the lead in his new, non-existent epic drama. But is the train ride long enough to reignite the spark between these former lovers, create a play from scratch, and find the money to get it all the way to Broadway? Part operetta, part farce and part screwball comedy, the musical is great fun for all.

Nominated for 5 Tony Awards in 2015 for its Broadway revival! And Winner of 5 Tony’s in it’s original run!