Posted by Act-It UP! Community Theatre ; Posted on
Auditions 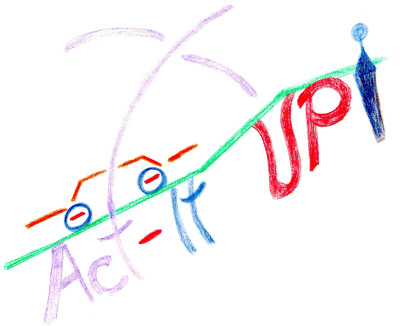 Act-It UP! Community Theatre announces auditions for their upcoming fall production of “The Christmas Cafe” by Burton Bumgarner, produced by special arrangements with Eldridge Publishing Company.

September 24th – By Appointment Only — Email the Director at act.it.up.theater@gmail.com to schedule your time slot.

“The Christmas Cafe” is a comedy set in a restaurant where Betty, the waitress and cook serves customers from three different familiar holiday stories:  “The Night Before Christmas” by Clement Clarke Moore, “A Christmas Carol” by Charles Dickens, and “The Nutcracker” by E.T.A. Hoffman.

In “All of the Other Reindeer,” Blitzen is burned out and upset that he’s always last on the team. The other reindeer have suggestions:  Cupid thinks he needs a love life; Donder suggests a good stock portfolio, Prancer thinks an exercise regime is the answer.  Baffled, the other reindeer call in Santa’s newest hire, a reindeer called Freud.  They tell her Blitzen has jealousy and anger issues. Finally, the waitress Betty simply suggests another reindeer take a turn being last and Blitzen has a better outlook.

In “Bah! Humbug!” Marley’s Ghost goes to Scrooge’s house, but in a century and a half too late! The Spirits of Past, Present and Future confront him, but everything’s messed up. Now Tiny Tim is a football player.