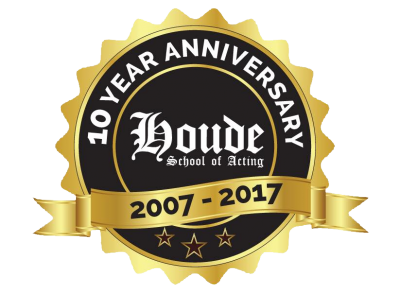 Start the new year off with a Bang! Join James Madio at the Houde School Of Acting for an 8 week intensive!

Designed for people who wish to study the art of Acting and auditioning in a professional environment. The eight week workshop explores with students the necessary techniques and elements required for acting on film set, and the proper audition techniques. Students will learn the basics of monologues, cold reads, scene study, improvisation, audition essentials, film language, industry advice and tips, and much more.

James began his career on the film, Hookdirected by Steven Spielberg. He quickly went on to play the son of Dustin Hoffman in, Hero. Madio’s big break as a young actor came when he co-starred with Leonardo DiCaprio and Mark Wahlberg in the highly acclaimed film, The Basketball Diaries.Madio found himself once again, on another Spielberg set — this time as a lead cast member in the Emmy Award-Winning HBO series,Band of Brothersportraying WWII hero Sgt. Frank Perconte. James continues to support troops by speaking at WWII Veteran engagements around the world. James’ career has extended to behind the camera, having acted, produced and written several award-winning independent projects. His T.V guest star appearances include Blue Bloods, Law & Order SVU, Castle, C.S.I Miamiand many more. His voice is also featured in the DreamWorks animated movie, Shark Taleand on theCall of Dutyvideo game franchise. James can be seen in the upcoming film Stano, starring Joe Manganiello and Sofia Vergara set to hit theatres in 2019. Madio serves as Chairman and Key Instructor on  Tri-C’s newly formed Film Academy.